A wide variety of precious gems has given a sparkling and glittering image to Sri Lanka  the world over.

From ancient times Sri Lanka has been known as a land of gems and the scintillating reputation for highly treasured gems has turned out to be part of the country’s glorious history and heritage. Sri Lanka’s gem industry has a history of nearly 2500 years. From the first century AD there are numerous references to the country’s precious and semi precious stones. According to archealogical evidence early inhabitants of pre-historic times too had been attracted to theses glittering gem stones. Valuable gem stones were found among tools that the early humans used during the Balangoda civilization which is considered to be over 30,000 years old.

Sri Lanka’s gem industry has a very long and colourful history. Sri Lanka was affectionately known as Ratna-Dweepa which means Island of Gems. The name is a reflection of its natural wealth. Marco Polo wrote that the island had the best sapphires, topazes, amethysts, and other gems in the world. Ptolemy, the 2nd century astronomer recorded that beryl and sapphire were the mainstay of Sri Lanka’s gem industry. Records from sailors that visited the island state has said that they brought back “jewels of Serendib”. Serendib was the ancient name given to the island by middle–eastern and Persian traders that crossed the Indian Ocean to trade gems from Sri Lanka to the East during the 4th and 5th century. It is also said that King Soloman had procured a great Ruby for the Queen Sheba from Ceylon.

Among the several world famous gems Sri Lanka’s blue sapphire weighing 456 carats is supposed to be the largest known sapphire in the world. Other famous gems include the Blue Giant of the Orient, weighing nearly 500 carats and the Bluebell of Asia.which weighs in at 400 carats. The renowned Sri Lankan Star sapphire is on permanent display at the Museum of Natural History in New York, but due to an oversight the stone has been called the Star at India.Throughout history Sri Lanka’s gems and jewellery have adorned the crown jewels of many a royal family. A 105 carats cat’s eye, discovered in a paddy field in Sri Lanka, gained fame among the royalty of Britain and was successively admired by Edward vii, George v, Edward viii and Queen Elizabeth.

Sri Lanka ranks with Myanmar, Brazil, South Africa and Thailand as one of the world’s most important gem bearing nations.Although Sri Lanka is largely known for precious sapphires and rubies,the main types of gemstones found in Sri Lanka belongs to five major categories, which are corundum, chrysoberyl,spinel,garnet and tourmaline.

Sri Lanka, geologically speaking is an extremely old country. Ninety percent of the rocks of the island are of Precambrian age, 560 million to 2,400 million years ago. The gems form in sedimentary residual gem deposits, eluvial deposits, metamorphic deposits, skarn and calcium-rich rocks. Other gems are of magmatic origin.

Residual deposits are mainly found in flood plains of rivers and streams. The metamorphic types of gems constitute 90% of the gem deposits in Sri Lanka. Sri Lanka has the highest density of gem deposits compared to its landmass. Ratnapura contains the most gem deposits and derived its name from the gem industry. Ratnapura means “city of gems”.

Sri Lanka is known to be the only country that has been producing a never ending supply of high quality gemstones. While the country produces many different types of gemstones, the sapphire is the most celebrated. The sapphire belongs to the corundum group, the members of which are characterised by their excellent hardness and the Ceylon Sapphire is recognized by its luminosity from light to mid blue colours

The Blue Sapphire is the King of Sri Lanka’s gems and they are the finest in the world. Sapphires of the finest quality have what the experts describe, ‘a corn flower blue’ or a royal blue tint. The highly priced of all gems, the Blue Sapphire is second only to the diamond in hardness. The largest known Sapphires in the world weighing 42 pounds was found in the gem gravels of Sri Lanka. The Blue Giant of the Orient weighing nearly 500 carats and the 400 carat Blue Belle of Asia,  purchased by a British multi-millionaire were also from Sri Lanka. A perfect corn flower blue, 92 carat specimen, is now on display at the State Gem Corporation. The world jewelry market demands Blue Sapphires of 5-15 carats and Sri Lanka is able to supply these in very large quantities.

Among the other sapphires found in Sri Lanka the Pink sapphires takes a prominent place. These sapphires wary in colour from shades light to dark. The deep pink colour  sapphire which is very close to red is called hot pink sapphire. Fine pink sapphires are the most highly priced of all fancy sapphires. Sri Lanka is an important source of pink sapphires.

This is ‘Pollen of flower’ in her lyrical Sinhala name. Her delicate yellow makes this description apt. The colour range is from greenish yellow to orange-yellow. Sri Lankans believe the wearer of this sapphire is protected against witchcraft.

The term Padparadscha is derived from Sanskrit/Sinhalese Padmaraga . It is the colour seen in the lotus, flower and in the sunset. It is of extraordinary mixture of pink and orange colour and is one of the most beautiful and valuable gemstones. The prices vary greatly according to the size and quality. The original locality for Padmaraga is Si Lanka.

In orange sapphires the colour ranges from a yellowish orange hue to an orange-red. Vivid red-orange stones with medium dark tones are the most valued.

The are few stones with an individuality of their own.And among them is the star sapphire which is considered as the star beauty among Earth’s precious stones. The radiant snowy streaks that gleam in her azure hear are perhaps the solidified version of a colouful dream the world has had long ago of the glory of the universe. The 362 carat Star Sri Lanka, now with the state Gem Corporation, is considered the third largest stone of comparable quality and colour in  the world. But the most celebrated Sri Lanka’s star Sapphire is on permanent display at the Smithsonian museaum of Natural History in New York.

It is a star, like an inextinguishable fire, embedded in a bed of red stone. The  star ruby is the most prized among star stones. Star rubies come in various  colours from red, violet-like red and in varying tones.

Red colour variety of sapphires also called pigeon blood red. Ruby is the king of coloured gemstones and the highest  valued of all coloured gemstones for its rarity. Sri Lankan rubies are of higher brilliance with a trace of violet. Top grade Sri Lanka rubies are virtually indistinguishable from their Mogok Brothers.

This is one of the most valuable gemstones. The colour varies from brown, green,yellow and their mixed hues with special optical effect chatoyancy. These are found in Sri Lanka gem gravel, some of which are top quality and in large sizes. ‘Ray of Treasure’ Cat’s eye of 105 carats is part of the gemstone collection of the Sri Lanka’s National Gem and Jewellery Authority.

This is a connoisseur’s gem, that undergoes a wondrous change in different light conditions,Green body colour in day light changes  to raspberry red in incandescent light. It is one of the most valuable gem stones and prices vary greatly according to the size and quality.

Alexandrite cat’s eye is a great rarity, which is green with a silver ray in incandescent light. Sri Lanka is one of the major suppliers of Alexandrite and alexandrite Cat’s eye.

We are thankful to the Media Unit of the National Gem and Jewellery Authority for providing us with all the above details about gems that enrich Mother Lanka. 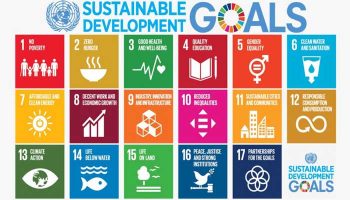 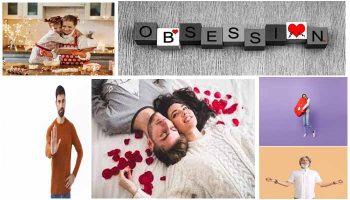 “The Secret” and other nonsense about “happiness” 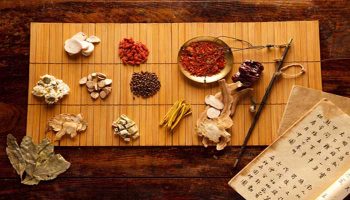