World Environment Day was on 5th June, which was being celebrated  all over the world since 1974. United Nations Environment Programme (UNEP) uses this as the vehicle  to create awareness and promote action throughout the world in conserving environment.

The Theme for this year  is Biodiversity -“ Time for Nature “ which emphasizes the importance of, support provided by  nature for life on earth including humans. Nature provides air to breath, water to drink, and food to eat, which are basic needs for survival, along with many more supporting systems like medicines, raw materials for clothing and shelter, etc.

The Convention on Biological Diversity (CBD) defines biodiversity as “the variability among living organisms from all sources including, inter alia, terrestrial, marine and other aquatic ecosystems and the ecological complexes of which they are part; this includes diversity within species, between species, and of ecosystems”, which simply explains as the variation within and among species in plants and animals and variation in ecosystems.

Sri Lanka is also known as a biodiversity hot spot , which is a biogeographic region that is both a significant reservoir of biodiversity and is threatened with destruction. The term biodiversity hotspot specifically refers to biologically rich areas around the world that have lost at least 70 percent of their original habitat.

According to United Nations Environment Programme,(UNEP) bio-diversity is threatened world over due to

The COVID 19 pandemic is a reminder that human health is linked to the planet’s health, which occurred due to disruption of ecological balance and human behavior.  Coronaviruses are zoonotic, meaning they are transmitted between animals and people. Recent research has shown that these diseases are on the rise. At present, about 1 billion cases of illness, and millions of deaths, occur every year from zoonoses. Sixty per cent of all known infectious diseases in humans are zoonotic, as are 75 per cent of all emerging infectious diseases. In addition nearly 25% of the diseases world wide are caused due to environmental factors, which is on the increase due to increase in pollution.

Covid -19 reiterates that we are not the owners of nature, which we can change as we prefer, but the caretakers of nature, where we have to live in harmony with nature and have a responsibility  to preserve it for our future generations.

Richard Lovu introduced the term “”Nature Deficit Disorder” to emphasize that present day children are alienated from nature, due to spending more time with their electronic devices. He stated that this will hinder them from appreciating and enjoying being with nature. In addition will not get an opportunity to develop “nature skills” like climbing trees etc,  in children, and will not develop a feeling for the environment to protect it.

Ministry of Environment and Wild Life Resources organized a tree planting campaign to commemorate the World Environment Day””covering all 25 districts. The National Event was held on Poson Poya day (5th of June)  at Mihintale under the patronage of his Excellency Gotabhaya Rajapakse the President of Democratic Socialist Republic of Sri Lanka.

Let’s get together to conserve the environment and promote a “”Green Economy” to lead a healthy life.

Ministry of Environment  and Wildlife Resources 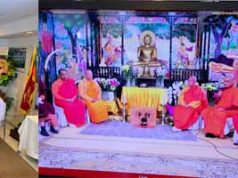 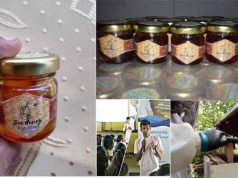 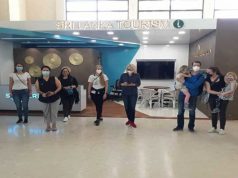 Sri Lanka Embassy in Germany in collaboration with Sri Lanka Tourism and Sri Lankan Airlines welcomes a group of Swiss and German travelers to...

A new pilot boat for the Sri Lanka Ports Authority