Almost every week new clients come to my office who were diagnosed before as being “bipolar”. Usually they were seen for only five or ten minutes by a psychiatrist who checked some symptoms from a list in the DSM5 (the psychiatrist’s bible) and subsequently prescribed heavy medications like antidepressants and mood-stabilizers (which have serious side-effects like excessive weight gain, involuntary movements, and sexual problems). The message they get is that they have to take these medications for the rest of their lives.

Quite often these clients were misdiagnosed because they had for example a combination of depression and anger issues. This is of course NOT bipolar depression. Depression and anger are (stuck) emotions and usually there is an underlying story that fits as an explanation of these feelings. Bipolar depression is only bipolar depression if there is no other physical or psychological explanation of the symptoms. It’s an extremely rare illness and very often misdiagnosed. Make no mistake; classic bipolar disorder is not an easy illness to bear. It can be severely disabling, extremely difficult to live with and medication is indispensable. There is no proof for a genetic or neurobiological cause. Subsequently scientists assume that the disease is caused by a complex interaction between biological and environmental factors.

Advertisements from the pharmaceutical industry typically suggest that bipolar depression is the cause of mood swings. While in reality it’s the opposite. Bipolar disorder is used by psychiatrists as a label. It’s an agreement that when somebody exhibits certain behaviour (such as rotating between two extreme feelings) they can use the name bipolar disorder. There is medication that can take away most of the symptoms but we don’t know the working mechanism of it.

Bipolar depression is characterized by manic and depressed episodes. In the manic phase the person is euphoric, overactive and with extremely quick erratic thinking. Lots of energy and the person thinks the world of himself. Often there is a tendency to spend a lot of money, use of drugs and alcohol and increased sexual activity. Psychiatrists use the DSM5, which provides a list of symptoms for each disorder with usually a cut-off point (5 out of 9, 4 out of 7, etc.). A manic period is a disaster for the person himself and the family. But again, it’s paramount that the psychologist/psychiatrist invites the client to tell the whole story behind the symptoms. Very often that story explains these symptoms in a different way which means that the person is NOT bipolar and there is no need for medication.

Until the 19th century, illnesses (including mental illnesses) were seen as a disruption of the natural balance between the individual and his environment, which could differ per person. Sicknesses are the result of a unique pattern of factors, like the sick person’s constitution, his behaviour and his living conditions. This is the so-called holistic model. In the second half of the 19th century people started to think differently about this. An important contributing factor was the discovery that bacilli can make people sick. Illnesses gradually became independent entities that could affect people in identical ways. Medical historians speak of a transition from a holistic to an entity-model. That seems to work well with physical illnesses but not with mental ones.

An early proponent of the entity-model was the German psychiatrist Kraepelin. In his “Psychiatrie, Ein Lehrbuch fur Studierende und Artze” (1893), Kraepelin used the word depressed in combination with the word manic for people who changed somber periods with times of heightened activity and elation. According to him the root-causes of manic depression were still unknown but he was convinced that all mental disorders were the result of underlying biological causes which were to be discovered in the future. He considered his book as a description of behaviour that he observed. Since Kraepelin nothing much has changed; there is no biological or other explanation for the causes of bipolar depression. What is worse, after all these years of intense and costly (billions of dollars) research there are no biological explanations found for any other psychiatric disorder. Despite this, modern psychiatry is still based upon the biological model.

When I speak with a client, then generally between half an hour and one hour’s time the story and circumstances behind the symptoms becomes clear. It very often means that the previous diagnosis “bipolar depression” was wrong. Clients have to deal then with diminishing the shock of being (falsely) labeled “bipolar” with the prospect of being on heavy medications for life (!) and with the side effects of the drugs. It’s so important to be very meticulous in diagnosing a serious illness like bipolar depression. As I always tell my clients, when you want to stop with medicine for mental illnesses it’s important that you do this under medical supervision. In many cases you shouldn’t stop right away, but you should taper it off. 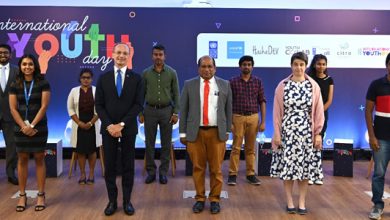 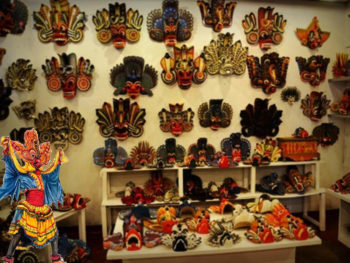