Recently (July 2022) an article in Nature (which cited a comprehensive study in the journal of Molecular Psychiatry in July 2022) by the British psychiatrists Joanna Moncrieff and Mark Horowitz, debunked the story that depression is the result of a disturbance of the serotonin balance in the brain.

This proves again that there exists no “chemical imbalance in the brain”. This, and the “serotonin reuptake” story (for more than three decades the general public has been encouraged to believe that depression is caused by a deficiency of serotonin as in the analogy with diabetes and insulin) are just clever marketing concoctions of the pharmaceutical industry, which have been continuously put forward, also by medical professionals.

If taking cocaine gives people a surge of energy, it doesn’t imply that lethargy should be labelled as a disorder and that it develops because of a deficiency of cocaine which needs to be replenished by a medical supplement of cocaine. This idea that depression is caused by a deficiency of serotonin became very popular amongst medical doctors in the 1990-ies. It has contributed to the widespread belief that depression is caused by too little or too much chemicals in the brain. In the recent Nature-study, the researchers show that there is no compelling evidence that depression correlates or is caused by lower serotonin concentration or activity.

This all signifies that we need to find other causes of depression. The Nature-study doesn’t mean that the so-called SSRI-antidepressants are useless; it could be that they contribute to treatment of depression while the alleged deficiency of serotonin is not the cause (and users shouldn’t suddenly stop with these tablets, the so-called withdrawal effects can be dangerous).

The researchers of the Nature-study conclude that the enormous amount of studies regarding the serotonin-hypothesis haven’t given sufficient proof that there is a biochemical basis for depression. It could very well be that the “working” of these medications is based upon the BELIEF that they are working. Taking a tablet can be reassuring and can feel safe, it can signify that a problem is biochemical and it has nothing to with our personal life. We just want a pill that takes away our pain.

But depression has a lot to do with our historical life-experiences and speaking about this and processing the related emotions can bring about an enormous positive change. In therapy you will learn to become familiar with your “personal depression history”. You will recognize the causes, the triggers in the present that link to the causes and you will learn to get yourself out of your depressed state. Moreover, you learn to do this by yourself so that you will become independent of the therapist.

I am not against medication, if needed I refer clients to a psychiatrist. But with antidepressants we should learn to see pills not so much as a solution but more as a possible starting point. In therapy the true root causes of depression can be made clear so that after some time the medication can be tapered off. 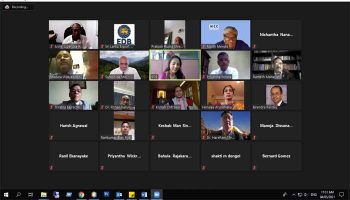 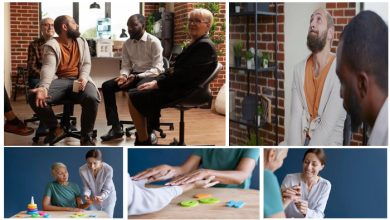