Ambassador of the Russian Federation Mr.Yury Makeriy issuing a special message  to mark the Russia Day, wgich fell on June 12th, condemned the Easter terror attack and assured Russia’s full support to the Sri Lankan government  and also stressed the need  to consolidate the effort of the international community to fight international terrorism and also said that Russia was ready to share  their experience with Sri Lanka.

The Ambassador also mentioned that Sri Lanka was one of Russia’s closest partners and friends in the South Asian region and  the diplomatic relations between the two countries were established on February 19, 1957. “Our long-lasting ties, fruitful and extensive exchanges in different spheres take roots in shared multicultural, multinational and multi-religious landscape. Russia has always supported and backed Sri Lanka in all international fora. We have received similar support from Sri Lanka, and we value it a lot,” he further mentioned.

On the  12th of June Russia celebrates its major National Holiday – Russia Day and the Ambassador  congratulated  all the compatriots who were  fortunate to be in Sri Lanka as well as the  Sri Lankan friends on this solemn occasion.

“This day the Russian people, wherever they are, rejoice over strong patriotic sentiments and respect for the Fatherland, a country with a 1500-year-old history, unique legacy and culture, which has united a multitude of peoples, religions and languages.” He added.

“We have been going through numerous critical times and severe trials. But our people met all challenges with dignity and honour. 12th June is a symbol of free and future-oriented Russia, successful development of its economy, improvement of social security, consolidation of the friendship of the peoples of the Russian Federation, utmost promotion of democracy, strengthening of its position on the international arena as well as of great victories and accomplishments of many generations of our predecessors. The aforesaid has laid the basis for the inviolable sovereignty of our State and established a reliable foundation for the protection of our national interests.

“An important event in our recent history was the reunification of the Republic of Crimea with Russia following the democratic expression of will of the people of the peninsula’s at the referendum which was held on March 16, 2014. This year we celebrated the 5th anniversary of this landmark event for the Russian people.” He further added.

He further said that South Asia and Asia-Pacific region was one of the key priorities of Russia’s  foreign policy and  that  Russia  was not only a European but also an Asian country, due to its geographical position, history, cultural and religious links with the East, thus becoming a natural bridge between the East and the West.

“Our country is a prominent member of regional multilateral and trans-regional associations such as the Eurasian Economic Union, BRICS (Brazil, Russia, India, China, South Africa), the Shanghai Cooperation Organisation, the Association of Southeast Asian Nations Regional Forum, the Asia Cooperation Dialogue. All these alliances represent the overwhelming majority of the Globe and serve as a link between Europe and Asia, promoting economic cooperation with Asian partners. One of our closest partners and friends in the South Asian region is the Democratic Socialist Republic of  Sri Lanka, and the  time-tested nature of the friendly Russian–Sri Lankan ties and their current status makes me confident that our bilateral political contacts and the mutually beneficial cooperation in the trade, economic, educational and cultural spheres will continue expanding and developing for the benefit of our peoples,” he added. 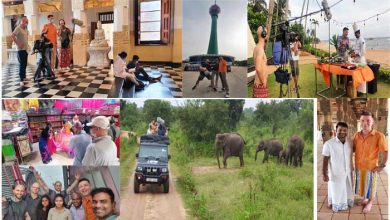 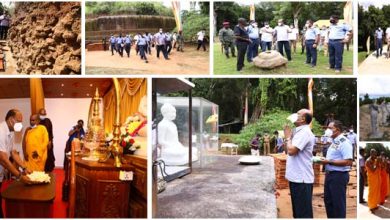