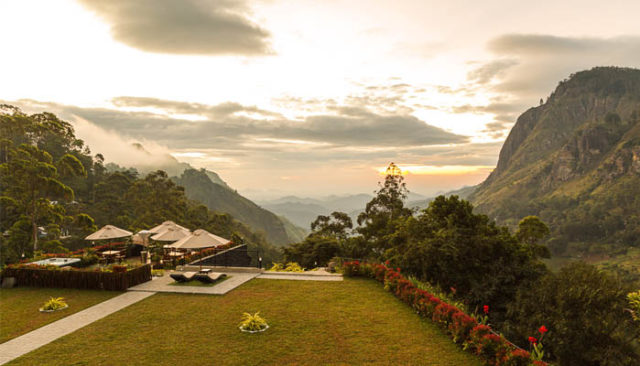 The legendary Galle Face Hotel, which opened in 1864 and is the oldest hotel east of Suez, has launched Galle Face Expeditions, a series of insightful journeys to Sri Lanka’s cultural and adventure travel hot spots, offering the cream of a country voted 2019’s No. 1 Travel Destination in the World by travel bible and tastemakers Lonely Planet.

The Galle Face Expeditions are a chance for the most discerning travellers to broaden their horizons, savour adventure, encounter art and culture in the most exotic and fascinating destinations without sacrificing luxury or comfort.

The Galle Face Hotel, an establishment steeped in tradition and legend, whose portals echo with the whispers of the luminaries who have sojourned there down through the years, is delighted to revive this refined mode of travel with a seamless safari into adventure, fine dining, culture, wildlife, history and romance. Experience the unique grandeur of the Galle Face Hotel, then embark on an expedition to destinations including Sigiriya, Polonarruwa and Ella, as well as must-see historic bastions of eccentric colonial charm like the Queen’s Hotel Kandy.

THE GRANDEST OF DAMES

Naturally, the Galle Face Expedition begins in pampered luxury at the legendary Galle Face Hotel, sprawled magisterially beside the Galle Face Green in Colombo, lulled by the murmer of the surf and cooled by the eternal sea breezes.

This is a hotel that oozes history from every pore, where every nook and cranny has a story, and timeless traditions and characters abound. Experience the charms of a hotel where Arthur C. Clarke wrote his final odyssey, 3001, where guests have included the likes of Sir Arthur Conan Doyle, Noel Coward and Mark Twain, from a cavalcade of royalty to heads of state, from Che Guevara to Richard Nixon, Vivian Leigh to Roger Moore, and from the cosmonaut Yuri Gagarin to Sri Lanka’s own Stephen Hawking, the mathematician, astronomer and astrobiologist Chandra Wickramasinghe, whose theories have influenced the latest thinking on the origins of life and whose work is soon to be honoured with his own library at the hotel.

Laze beside Sri Lanka’s largest salt-water pool, indulge in a spot of croquet on the lawn, salute sunset with a Pimm’s Cup as bagpipers accompany the daily lowering of the flag at the famous chequerboard, loiter in the Long Room, or simply gaze at the Indian Ocean from your balcony and let your mind roam, for this is the abode of the dreamers, the explorers, the visionaries and the eccentrics.

The first stamp in your leather-bound Galle Face Expeditions passport will be Sigiriya, where you can ascend the famous rock where a king once surveyed his domain from his carved palace and baths. Make the vertiginous climb and wander the sunken pools and ruins, affording breathtaking views of the surrounding plains and mountains.

After a sumptuous lunch at EKHO Sigiriya, prepare to get up close and oh-so-personal with Minneriya’s elephants in the grassland of the enchanting Angammedilla National Park. Hold your breath and wonder as these majestic beasts pass close enough to touch. But don’t forget to record the moment, with some of the best wildlife photography opportunities you are ever likely to encounter.

LURE OF THE LAKE

Tonight’s accommodation is the exquisite EKHO Lake House Polonnaruwa, which once hosted Queen Elizabeth II and the Duke of Edinburgh. Rise before dawn for a birdwatching adventure that will leave you spellbound. Then repair for a leisurely breakfast on the lake and a day at your leisure, exploring the ruins of Polonnaruwa, a bicycle picnic along the causeway, or simply lolling with a cocktail in the lakeside infinity pool.

Kandy is a magical city in the mountains, home of the famous annual Esala Perahera, where hundreds of caparisoned and fairylit elephants parade through the city every night for over a week in honour of the ancient relic of the Buddha’s tooth. Your bed for the evening will be at the excellently-appointed Suisse Hotel, but not before you have experienced the eccentric charms of a colonial diamond-in-the-rough that is the Queen’s Hotel Kandy for High Tea in the Mountbatten Lounge Bar.

THE INEFFABLE LIGHTNESS OF ELLA

Next, your Expedition ascends through the verdant corduroy hills of tea country, to a functioning factory at Nuwara Eliya, some 2,000 metres above sea level, then on to today’s final destination: the utterly delightful EKHO Ella.This stunning hideaway is all about the location, overlooking a truly mesmerising vista between two majestic mountains. A bespoke breakfast in stunned silence greets one of the world’s great sunrises as the mist parts, gentle rays anoint the steep slopes in gold and choirs of angels sing.

Hike to Little Adam’s Peak, explore a Spice Garden and stroll through a sunlit glade to the majestic Demodara Nine Arch Bridge. The rooms are charming, inspired by the nearby Ella train station and the romance of rail travel. But really, all you will want to do is laze on the terrace and drink in the changing moods and hues of this view of views.

Upon return to the Galle Face Hotel, conclude your Expedition with a private chef dinner in 1864 restaurant and some time to unwind and soak up the hotel’s incomparable charm. 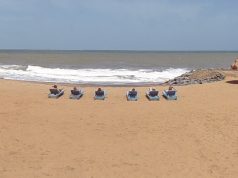