The psychiatrists’ bible, the Diagnostic and Statistical Manual of Mental Disorders (DSM, fifth edition), is an arbitrary classification system with little psychological or psychiatric use. Despite the term “statistical” in the title, it does not mean that the book is based upon sophisticated research about types of psychiatric problems. On the contrary, the classification criteria and categories were chosen by vote by people in working committees who have strong financial ties with Big Pharma. The DSM-5 is written as an extension of the powerful pharmaceutical industry. There is no solid theoretical foundation, nor a clinical pragmatic practice.

With the label “Borderline Personality Disorder” (BPS) as an example, let’s track the so- called evidence for this “disorder”. The available research studies regarding the cause of BPS are laced with dubious assumptions about the hereditary and environmental parts which can’t be substantiated. When you actually read these studies with a critical mindset, the evidence is wobbly and they usually speak of “it seems that” and “more research has to be done”.

They are typically questionnaires, which have a lot of issues (for example self-reporting is notoriously unreliable). Furthermore, most of these studies have numerous methodological weaknesses like problems with assessment procedures, diagnostic validity, sample size, classic problems with the validity of twin studies, etc.

So called reification is a common mistake that many psychiatrists, paediatrics and psychologists make: it’s the fallacy of treating an abstraction as if it were a real thing. They often talk about BPD patients as if they show certain behavioural and interaction patterns BECAUSE they suffer from BPD, this the typical mistake of reification.

As a consequence, BPD is perceived as situated within the individual and presented as a “disease” without a social and historical context. But you can’t compare BPD with for example cancer or covid-19, BPD is just handful of symptoms (with a huge variability!) with no biomarkers (like lab tests, scans, blood pressure, etc.) to substantiate it. And BPD (or ADHD, bipolar depression, or any other “disorder”-label) is just a definition; there exists for example no “subtle signs” of it. Only if you change the definition into a broader sense then more people will be included.

A big factor here is the DSM-5. It’s an arbitrary DESCRIPTIVE psychiatric classification system with little diagnostic value (see for example Stijn Vanheule: “Diagnosis and the DSM, a critical review”). The described labels are scientifically and clinically untrustworthy (they are not reliable and not valid) and they describe symptoms with no biomarkers (see above). While with all DSM-5 pseudo-medical classifications (“disorders”) the underlying assumption is that they are biological or genetical, there exists no medical or scientific evidence of these assumed genetic/biological causes. Even worse, about half of the patients can’t be diagnosed with the DSM-5, because their issues do not fit in any category, and even if they do fit in two or three there is no intrinsic link with a particular treatment.

Almost all DSM-5 labels show three layers: a psychological, a social and a medical. The psychological aspect is the noticeable exterior: with BPD for example frequent angry feelings, emotionally unstable. The second layer, the social norm, is more concealed behind words that signify too much or too little: with BPD for example intense, marked, frequent, recurrent, persistently, frantic. It’s too much or too little in function of implicit applied social norms. The third layer is the most obscured one which is found in the introduction of the manual. It’s the hopeful assumption that the described disorders are located in the brain, despite the absence of convincing scientific proof.

What is missing in this useless quest of symptom-hunting is the CONTEXT. It’s much better to listen to the whole story of the client, determine the root causes of client’s present issues and treat those (instead of a form of cognitive behaviour therapy like dialectical behaviour therapy) with an effective form of long-term individual psychotherapy that covers the present, past, emotions, cognition and behaviour.

Countless research studies have demonstrated that in more than 80% of the cases people with the label BPD have been chronically abused in their childhood. This means that there is sufficient evidence that their symptoms have been developed as a result of their traumatic history. It’s much better to speak of a complex post-traumatic stress disorder than to label it with BPD. The treatment should be in line with this. 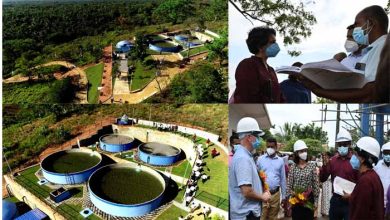 Out of sight, but not out of mind