A German investor who had been in the Island for a considerable time of nearly 35 years exclusively spoke to CEYLON DIGEST about his latest experience of calamity which right now is striking Sri Lanka. By recalling the 30 years conflict with the LTTE followed by a devastating Tsunami in 2004 Dr. Dietmar Doering, a Hotelier with 3 hotels in the Island, a former National coach in Table Tennis and a guest lecturer at the Colombo University and the NSBM Green University in Homagama said, that the Corona Virus Pandemic might be the most challenging impact which Sri Lanka at this time.

All other previous disasters and conflicts somehow had a limited time and/or regional relevance to parts of Sri Lanka. With the Corona Pandemic the whole country, whole of Asia and in fact the whole world is tremendously affected.

When asking Dr. Doering about his assessment for the future of tourism and the economy of Sri Lanka at a whole he concluded on different aspects. Wise men say, everything what has a beginning also will have an end.  This sentence here referred to the way how countries are dealing with the crisis.  China for example has developed a very smart way of exiting from the corona crisis. The main industrial hubs like Shanghai and Beijing are back again in full swing and production soars, and the Apple stores in Beejing counted record client numbers this day.   The say that those who pray for water must deal with the mud thereafter had obviously been meticulously considered and planned by the Chinese Authorities and could be taken as a good example for Sri Lanka.  Promising  COVID 19 recovery rates may allow a speedy return to normalcy which is utmost required for Sri Lanka’s faltering economy.

In reference to the Corona crisis, the health impact in Sri Lanka might not be very significant when it comes to Mortality. At present Sri Lanka suffered 6 losses and Corona was mentioned as the key reason. However some of these deceased  mostly elderly victims,  had been diagnosed with tragic pre-conditions such as Asthma, Diabetes and even a substituted kidney which could have played a considerable role in their demise.

The preconditions of patients may play a major role when it comes to developing the full scale of the disease. In Germany the ratio between infected Covid19 patients and mortality shows that approx. 1 – 2 % of COVID 19 infected patients died. A figure which is more or less equivalent to the generally known  Influenza based mortality of the recent years.

The present Corona type COVID 19 looks like to be much more worse, but as at today not a single scientific survey exists to proof this fact. The Corona Virus Outbreak that originated in Wuhan, China has spread to a least 144 countries and sickened more than 1000.000 people ( as at 06.04.2020)

A  leading German Professor of the University of Mainz, Prof. Dr. Sucharit Bhakdi,

who was in charge of the institute for Microbiology and Infections Epidemiology for over 22 years, however  stated that there is a high probability that COVID19 is more or less equal in its effect on the human health than the normal CORONA Virus.

His thesis was supported by a French study recently.

Prof. Bhakdi in an open letter to the German Chancellor Merkel proposed to conduct a scientific survey by surveying 1000 Germans who have contracted COVID 19 and compare their mortality rate with another peer group of 1000  Germans who had been infected with a normal CORONA virus. If the result is equal to the French survey, then strict measures could be immediately relaxed to a normal level at least.

As a high profile German Investor to Sri Lanka Dr. Doering mentioned that Sri Lanka might not be hit by the present crisis as other countries will, mainly those countries in the Western Hemisphere. He said (quote)

“During the last few weeks I had delivered essential food items and funds to a poor family in the Nikaweritiya district during times when curfew was lifted. It’s a family of 4 ladies, a grandma, a mother and two minor daughters. There is no bread earner is this family. This family is totally dependent on help from outside. They live in a housing scheme which was built for poor families under a government scheme. No public transport for them even in the curfew lifted periods.  I noted with great pleasure how disciplined the people in Kuliyapitiya, Hettipola and Nikaweritiya stood in line, sometimes for hours to get their supplies collected. Further he noticed how dedicated Sri Lanka Police personnel observed the process of essential purchases and as a result all rations,  all goods were prized very reasonable without up marking due to their presence.

Sri Lanka Police and Army a good example for other countries

Police stations these days are frequented by numerous persons to obtain permits to travel. These permits are exceeding well over thousand numbers since the beginning of the curfew season. I noticed the calm and friendly handling police personnel attended on the people – referring here to my home Police Station in Marawila – well organized, friendly and people centered.

In my last finding as to how peaceful people are taking the crisis I came to a conclusion that EMPATHY is widely exercised in this Island here. One of our research surveys which my AGSEP RESEARCH INSTITUTE undertook last year for the Minister of Tourism exactly confirmed the same results. Sri Lankan people were received by 80% of all foreign tourists as very friendly and helpful. My very own and personal conclusion as to how this form of EMPATHY is so widespread in Sri Lanka may lie in the Buddhist Philosophy and the practical teaching of Buddhism in the temples and homes in Sri Lanka. This is a good prospective for Sri Lanka’s future developments, specially in the Tourism sector.

It is also a challenging task for the law enforcement authorities to curb the fake officials who are acting as Army Intelligence or Police in civil dresses. These elements taking advantage of the tense country situation. During my last visit in Nikaweritya after handing over the essentials to the poor family I was confronted with such group of criminals who tried to stop my car wearing normal civil clothes. After I reported the incident to the Nikaweritya Police I was able to move back to my native home in Nattandiya.

Though the challenges to solve this problem are not disappearing overnight, it  should be convincible  said, that Sri Lanka will pass this bad times like it did with other sad periods in this Island.

German tourists will most likely return to Sri Lanka immediately after the air traffic is functioning again.

Chairman of 3 Hotels in Sri Lanka

Pioneered Sports Tourism with over 5.000 German sportspeople in the last 30 years

Why Do We Need Sanitary Landfills to Manage Waste ? 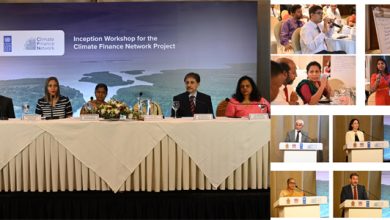 Resilience in the face of Climate Change 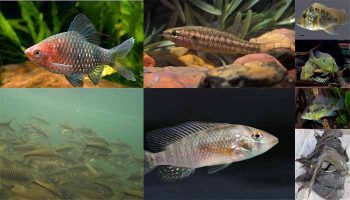