Relics were unearthed during the recent excavation conducted for Stupa restoration and directed to the Ampara Government Agent’s Office temporarily until they are deposited at the Deegawapiya temple premises.

‘Deegawapiya’ graced by the Lord Buddha is renowned as one of the sacred ancient religious sites among the sixteen places of worship of the Buddhist devotees. According to the Mahawansa, the history of Deegawapiya Buddhist temple and the site with archaeological importance dates back to the 3rd century BCE. Annals confirm that the maha Stupa was built by King Saddhatissa, the brother of King Dutugemunu by depositing precious ‘Nail Relics’ of Lord Buddha.

Since this sacred place of worship remained dilapidated amidst lack of attention for a long spell, the restoration process was commenced following the matter being brought to the notice of President Gotabaya Rajapaksa by the Chief Prelate Ven. Mahaoya Sobitha thero.

In keeping with the national policy framework of the President, ‘Vistas of Prosperity and Splendour’ which also pledges to ‘Conserve History, Archaeology and National Heritage for Future Generation’, Defence Secretary General Kamal Gunaratne was appointed to the ‘Archaeological Heritage Management Presidential Task Force’ (PTF) for Eastern Province on 20 June 2020.

Along with the expedited restoration process launched under the headship of Defence Secretary, a greater portion of work has been conducted as of today.

Much needed contribution for ‘Deegawapiya Stupa’ restoration process is generated through the deposits made to the ‘Deegawapiya Trust Fund’ which is managed with complete transparency. 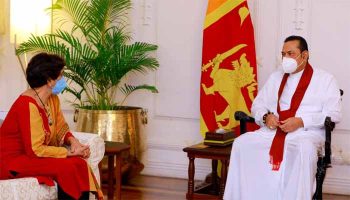 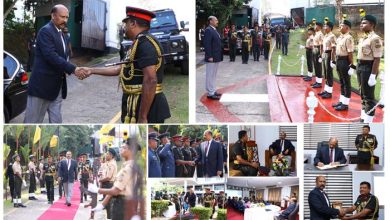 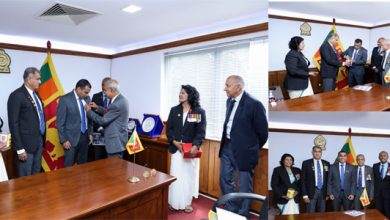 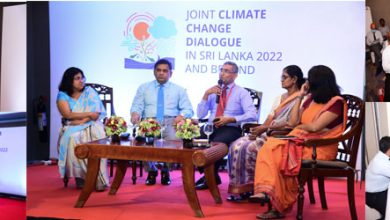