The Consulate General of Sri Lanka in Sydney in association with Honorary Consul Office in Brisbane organised the Sri Lankan promotional event in Brisbane from 3rd to 5th March 2020.

Consul General, Mr. M.H.M.N. Bandara accompanied by Consul (Commercial), Mr. Abdul Raheem visited Brisbane and had a series of meetings with Mr. David Phipps, Director/ International Markets of Trade and Investment in Queensland and Ms. Diana Guerguiera, Manager/International Trade of the Chamber of Commerce and Industry of Queensland and discussed trade, tourism and investment opportunities in Sri Lanka and way forward in connecting the Australian companies in the Queensland region with their Sri Lankan counterparts.

Consul General, Mr. Bandara also called on Mr. Dereck Brown, Director/Department of Foreign Affairs and Trade, State Office in Queensland and presented his Letter of Appointment as a Sri Lanka Consul General to Queensland. They discussed welfare of the Sri Lankan students and the community members in the region and also linking the Australian institutions such as TAFE, TIQ and Boarder Forces with Sri Lankan organizations for a mutual benefit of both countries. Consul General and Consul (Commercial) had the opportunity of meeting with Sri Lankan students in Brisbane and also visited Buddhist Temple in Brisbane.

A Networking meeting with Business community and the members of Sri Lankan Associations was organised with the objective of engaging them in the ongoing economic activities in Sri Lanka.  Consul General in his remarks mentioned that the important role of the Sri Lankan community members to be played in coming years for the improvement of Sri Lanka’s economic progressive activities.  Consul (Commercial) made a comprehensive presentation on “opportunities for Sri Lankan business and community members to engage with Sri Lankan SME sectors in the country”. Honorary Consul, Mr. Anton Swan, President of the Federation of Sri Lankan Organisation in Queensland, President, Sri Lanka – Australia Chamber of Commerce also spoke on the occasion.  Mr. Paul Cooper, Managing Director of Risntrum, an investor from Brisbane explained his experience in working with Sri Lanka. The programme was an initiative of the Ministry of Foreign Relations under the Economic Diplomacy activities by the Sri Lanka Missions Overseas. 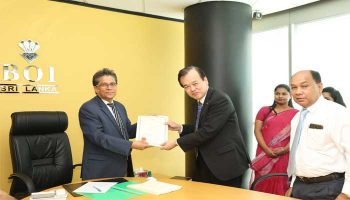 Japanese investor to set up boutique hotel in Ahungalla 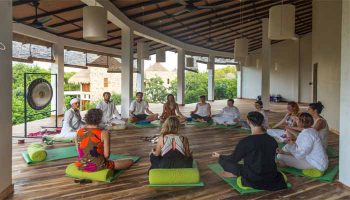 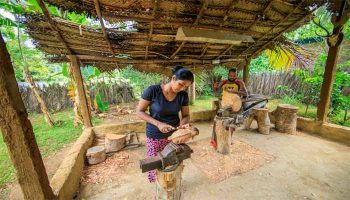 “Women in Leadership: Achieving an equal future in a COVID-19 World”.