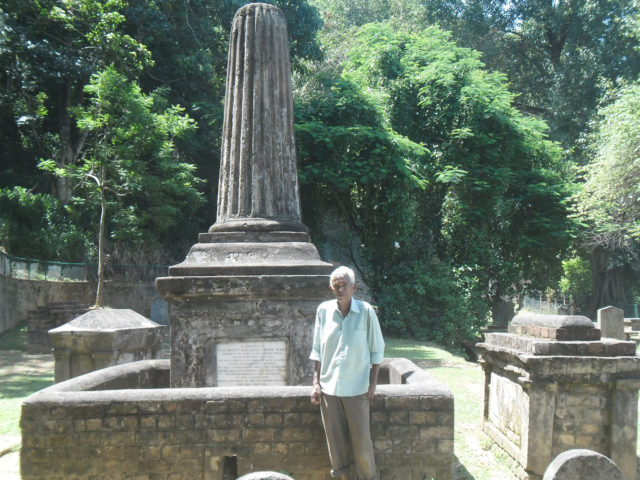 John D’Oyly is one of the prominent figures who played a key role arranging the takeover of the Kandyan Kingdom by the British colonialists in 1815. His fluency in the native language of Sinhalese helped the British to use him as an intermediary between the British Governor and the  dissatisfied and ambitious Kandyan chiefs, resulting in the signing of the Kandyan convention on  March 2, 1815, which set out the terms of the infamous accession.

Whether D’oyly was a hero or a traitor is not our concern yet it should be noted that he should be considered as an important individual in the history of Sri Lanka. And it should also be remembered  that he did not go back to his homeland, England, but died and was buried in Sri Lanka at the Garrison Cemetery in Kandy. The Garrison Cemetery Kandy, established in 1817,just after the annexation of Kandy to the British Crown , is situated adjoining the National museaum of Kandy. It is an oblong piece of Land shadowed by hills and overlooking the Kandy lake.

Although the cemetery which is the final resting place for British nationals who passed away during the colonised period it can be considered as an important symbol of Sri Lankan an history as well as our heritage.

The cemetery contains 195 graves of varying shapes and sizes and of men, women and children who died during the period it was functioning. According to J.P Lewis who called the cemetery as the “European graveyard of Kandy” in his book on the “List of Inscriptions on Tombstones and Monuments in Ceylon”, published in 1917 says” A stranger visiting this spot would be charmed at the magnificent scenery which surrounds it. The silvery waters of the lake lap the shore just below, whilst the city itself, with its marrying and giving in marriage, its din and tumult, lies a few hundreds of yards to the west, Across the lake the wooded slopes of the Mahapatana, crowded with English bungalows rise some thousands of feet in the skies, whilst the Hantane mountains slope gently down to the Peradeniya plain, and the distant summits of Alagalla, Batalakanda, and Lapulakanda close in the view on the far off horizon. In this lonely spot lie many hundreds of kindly Scots, who cut off in the very prime and vigor of their manhood, sleep the sleep which knows no waking, under the rank weeds and wiry grasses which cover their neglected graves. Many a sad tale of hardship, agony and pain, could the tenants of these nameless graves tell, were they permitted to speak”.

“Few of them had any kind friend or neighbors near to comfort them in their last sad agony, to place even a glass of cool water to their parched and burning tongue, or to speak a word of comfort to their often troubled mind. Left to the care of native servants, many of these young men died friendless and neglected in some distant jungle bungalow from fever, cholera, diarrhea, or dysentery”

Charles Carmichael, the 62 -year-old caretaker at the cemetery for the last 16-plus years, who  is still around  says that the cemetery wasn’t exactly a pleasing sight.“It was like a big jungle,” “Everything was down, graves were broken. I think during the perahera time elephants had also been kept here.” He added.

Carmichael was assigned to undo the damage. It took a whole year with 20 people working day in and day out to restore the place. The broken gravestones had to be pieced back together, the demolished marble and granite replaced with bricks and mortar.

Carmichael reffering to the grave Captain James McGlashan of says, that he was a distinguished soldier who made a name for himself in many battles. The story goes that, due to the confidence he had about his  physical prowess, McGlashan accepted a wager, and walked from Trincomalee to Kandy. On the way, he was drenched continuously in the tropical rains, and four days after his arrival in the city, forced to accept his fate at the hands of a violent fever.

“He won the bet, but he lost his life,” Carmichael says.

A brochure printed by the Friends of the British Garrison Cemetery says John Robertson was the seventh and last recorded European to be killed by a wild elephant in then Ceylon. Robertson was 33 years old, possibly out hunting, when the elephant gave chase.

Another famous name is that of Lieutenant-General John Fraser. Colonel of the 37th Regt. and for many years Deputy Quartermaster General to the troops serving in Ceylon, who died at 72 years. He is best known for the satin-wood bridge which spanned the Mahaveli Ganga at Peradeniya. in a single graceful arch with a span of 205 feet and prided to have used not a single bolt or nail in its building. It was in use from 1833 -1905. He was also renowned as a road builder and cartographer, apart from being a strict disciplinarian. He took part in the Kandyan war of 1815 and because of the severity with which he suppressed the Uva rebellion of 1818, was known by the Kandyans as Cheetah Fraser.

A great lady known for her remarkable charm of manner was Lady Elizabeth Gregory – (1817 – 1873) wife of the Rt. Hon William Hendry Gregory, Governor of Ceylon (1872 – 77). Her tomb is found towards the end of the cemetery, but the raised granite tomb with iron railing including a small visiting gate is unmistakable.

Another interesting tomb is dedicated to Oteline Rudd – (1822 -1857) – whose husband was one of the first planters, whose lands were lost in the 1847-48 coffee crisis. Loosing thousands of acres, originally worth many thousands of pounds, for a few hundred paltry rupees. He was reduced from living in a princely state to not even owning the chair on which he sat. A poignant small memorial-stone for their five infant sons is named G and M Wait and dated 1873.

Every evening, Charles Carmichael locks up the small wrought-iron gate, closes up the caretaker’s office and walks down the always windy road thinking, about the distinguished people who lie in this cemetery without revealing their glorious past. 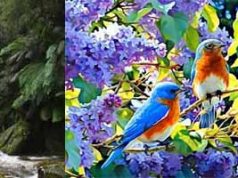 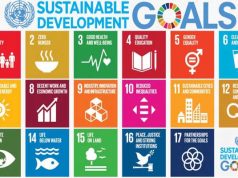 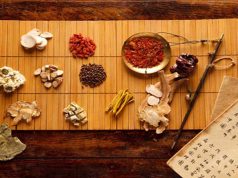